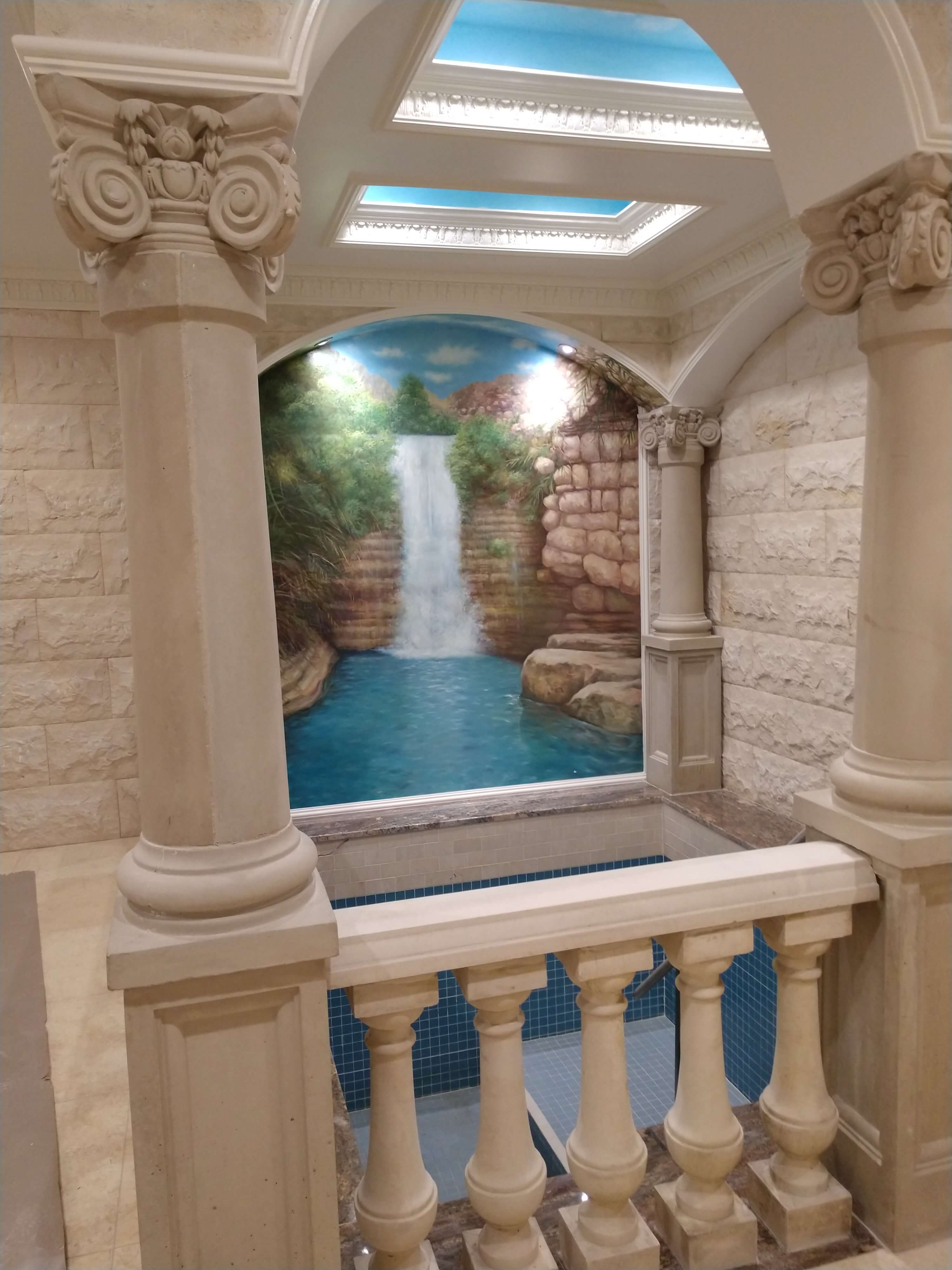 At last! Old Westbury, NY, a small village on the north shore of Long Island, has its own mikvah – enthusiastically welcomed by over 200 yidden in the area at the recent Chanukas Habayis.

It can be said that Old Westbury is one of the most brazenly anti-Semitic municipalities in the nation. Time and time again, local residents have fought tooth and nail against any Jewish development. Village officials have even boasted that despite some 10,000 yidden residing in the region, Old Westbury has not approved the construction of a single Jewish building in seventy-five years!

When the community launched a mikvah project nearly a decade ago, the Village once again showed its determination to prevent it from getting off the ground. But Rabbi Aaron Konikov, the local Chabad Rav, would not give up. He sued the village for discrimination – and, following an extensive battle, won. He also enlisted the help of Mikvah USA, which provided invaluable logistical, funding and halachic assistance.

After years of difficult toil, the beautiful Old Westbury mikvah is now open. This is the 81st mikvah in North America completed through Mikvah USA! At the Chanukas Habayis, Rabbi Konikov offered his heartfelt thanks to Mikvah USA, plainly stating that the project could not have been completed without the organization’s involvement. Rabbi Yitzchok Bistritzky shlit”a, the organization’s Founder and President, attended the ceremony and delivered a heartfelt address to the local community. “Use the mikvah; raise the bar of taharah!” he urged.

Community members took the message to heart. It is a new era for Yiddishkeit in the region.